I’ve been sitting glued to my TV and tweeting for two hours as I’ve watched the unfolding tragedy of the Newtown, CT shooting. I had to come write and expel some of the horror and outrage that is sitting in my gut. I keep telling myself that it will do no good to cry, yet the tears leak out anyway as my soul will not be quiet.

As necessary as those tears are, they will not bring back the lives of the 18 children and 9 adults, so far reported, who died needlessly today. The wrongness and evilness of human actions sits on my chest like a weight.

Imagine the families who’ve lost children going home to their empty houses tonight, greeted by a void of silence where there children’s voice should be, or standing in the doorway of their empty children’s rooms. Think of the Christmas presents that will never be opened, the lost potential of human lives and the dreams and hopes of their parents lost in a tidal wave of grief. I can and my heart breaks a little more every time I think of it.

Yet for all my imaginings and empathy, I am not a parent. My heart is not walking around outside my body and some lunatic has not just changed my life, irrevocably, in the space of minutes. Whatever I might imagine, the reality of it is likely to be many, many times worse.

People have glibly and conveniently stated that this is not the time for talking politics, that it is a time to grieve and heal. There is truth in that but, as so often is the case, it is not the whole truth. It is more a convenient lie meant to silence us and run from the issue. These acts of mass violence are preventable and we have failed in our collective responsibility as a society to take what steps we can to minimize gun violence. The best time to talk about it is NOW while the tragedy is staring us in the face.

These escalating acts of violence are made all the easier by lax gun laws. We do our children and ourselves a great disservice by being complicit in the silence that has allowed the NRA to proliferate guns to any moron with an itchy finger. I don’t believe that more rigorous background checks are the sole answer to this problem. Automatic weapons should be banned, as a federal measure. The cost of ammunition should be prohibitively expensive and strict regulatory control is desperately needed. However, I will take anything as a starting point over where we are now.

As quiet as it’s kept, the reality of gun violence is not limited to mass killings. Murder happens every day in our cities, particularly in urban communities of color. Look at the epidemic of violence in Chicago. The sheer number of posts on the Huffington Post is sure to blow your mind. It has been happening for such a long time that it is now de facto and unchallenged. Cause, you know, Blacks are just violent and perpetrating this madness all on their own. bullshit. How wrong is that?

Politicians have considered it political suicide to tackle the issue of gun violence. Either that, or they are in the pockets of the NRA. Between the complicity, corruption and gun advocates raving about their 2nd amendment rights… We’ve landed HERE. STOP. Do not pass Go as your life may be forfeit.

This speaks volumes about the state of our so called civilized society. Is this epidemic of violence civilized? Must we continue to debate about the responsibilities of the individual when the collective is suffering heavy casualties, the loss of human life?

We’re not doing it right.

Something must be done and it is our responsibility to demand change. It can not be that the corporations have taken hold of this country and continually screw the masses out of decent wages, affordable food, safe drinking water, affordable utilities, housing and our very lives. Not if we stand together and call for change. They said the corporations would win the elections with the billions donated by special interests and they were wrong. Let’s make them wrong again.

Take heart, save someone’s life and make your voice heard. If you take action, you’ll not only feel better but you will honor the victims.

**Updated: Please read the following piece by Golide Taylor. I admire her tremendously for her veracity and courage. Gun violence affects in so many ways and her story is one of many.**

1. Facts about US gun violence

Via @urbandata There is already a 40-page directory of these events. When will we resolve to not let it get any longer? bit.ly/UTNWOL

Go to http://www.bradycampaign.org to see how you can help.

There are a bunch of petitions on the White House site. I chose this one: https://petitions.whitehouse.gov/petition/immediately-address-issue-gun-control-through-introduction-legislation-congress/2tgcXzQC?utm_source=wh.gov&utm_medium=shorturl&utm_campaign=shorturl 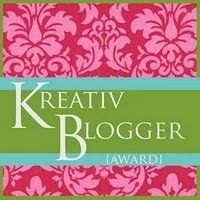 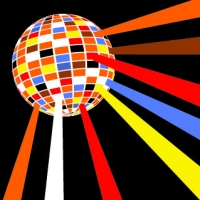